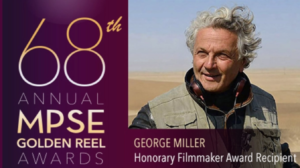 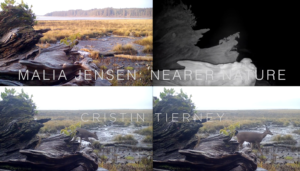 JG Thirlwell has created music inspired by artist Malia Jensen’s show Nearer Nature. You can the hear music  it on this video which describes the show. Jensen’s show is now on view at Cristin Tierney Gallery in NYC until April 3 2021.

JG Thirlwell has been commissioned by Decibel New Music Ensemble to create a graphic score for their 2 Minutes From Home project. In this project they commission two minute works for the Decibel Score Player, which is an app for IPad. The commissioned work is here, presented as a video performance showing the ensemble playing their parts in their homes together, alongside the score. Decibel New Music Ensemble will be publish 10 works throughout 2020 via their website and social media. Other composers in the series include Thembi Sodell, Gail Priest,  Erik Griswold, Dan Thorpe, Jon Rose,  Pedro Alvarez, Dominic Flynn, Amanda Stewart, Cathy Milliken, Lionel Marchetti, Haruka Hirayama, Bergrún Snæbjörnsdóttir and Marina Rosenfeld. 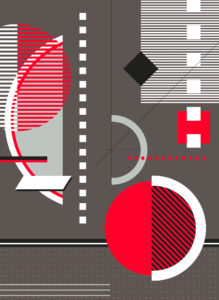 We are proud to announce the issuing of the fifth limited edition silkscreen print by JG Thirlwell, entitled Vomoscape #5. This gorgeous art piece is a signed and numbered four-color screen print in Thirlwell’s signature palette of black, red, white and gray. It is printed on French 100lb cover paper, and is 24″ x 18.” which makes it easy to place in a standard sized frame. You can order the print at here.
The artwork is in a very small edition of 75, but only 60 copies will be made available in the Foetus Shoppe. The print sells for $75.00 plus flat postage and packaging fee of $15 in the US, $20 in Canada and $26 in the rest of the world. Since the print ships in a tube by itself, when ordering the print you cannot order other items in the same shipment. Other items (CDs, T-shirts, vinyl, tote bags, digital) must be ordered separately.

JG Thirlwell has been hard at work in 2020 creating brand new musical score for season 11 of Archer.When the pandemic hit, the Archer team had to reconfigure production, pushing the premiere date back. The eleventh season of Archer is now finally scheduled to premiere on September 16, 2020 on FXX. 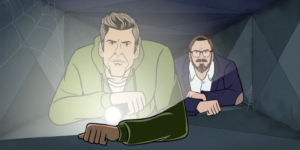 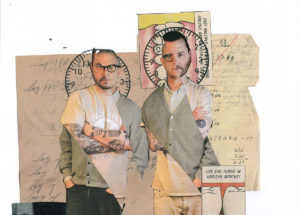 JG Thirlwell has contributed to the new Matmos triple album, The Consuming Flame: Open Exercises in Group Form, which will be released on August 21 on Thrill Jockey. The album also features contributions by Oneohtrix Point Never, Mouse on Mars, clipping, Yo La Tengo, Max Tundra, Matthew Herbert, Jennifer Walshe, David Grubbs and many more. 99 musicians were asked to contribute something at 99bpm, and the results were expanded and folded into this sprawling album. 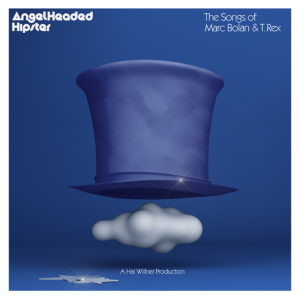 September 4 2020 sees the release of a new star-studded tribute album to Marc Bolan, produced by the late Hal Willner. AngelHeaded Hipster: The Songs of Marc Bolan and T.Rex is out September 4 via BMG. It features contributions from Father John Misty, Lucinda Williams, U2 with Elton John, Joan Jett, Peaches, Sean Lennon and Charlotte Kemp Muhl, Todd Rundgren, Nick Cave, Kesha, Elysian Fields, Devendra Banhart and more. JG Thirlwell created arrangements of “Teenage Dream”, which is sung by Marc Almond, and “Ballrooms Of Mars”, which is sung by Emily Haines. Thirlwell’s arrangements were orchestrated by long-time Thirlwell collaborator Simon Hanes (Tredici Bacci). The album was Willner’s final project before his untimely death from Covid 19 in 2020. 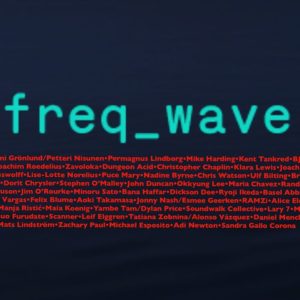 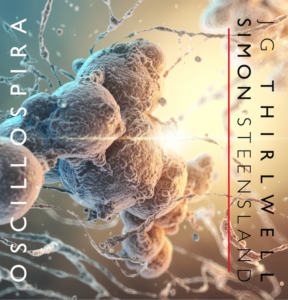