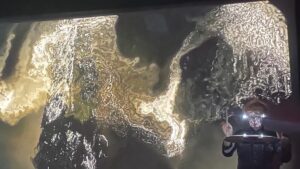 We are excited to announce that JG Thirlwell will be presenting his surround sound Silver Mantis project in Los Angeles on September 25 2022 .
The performance will take place at 2220 Arts, 2220 Beverly Blvd Los Angeles 90057. The evening will begin with a special guest performance by Noveller aka Sarah Lipstate.
Silver Mantis is a 50 minute live surround-sound electro-acoustic presentation, performed with keyboards, prepared piano and theremin. It is performed with a projection created exclusively for the project by acclaimed Swedish visual artist Sten Backman.
Tickets are available here . 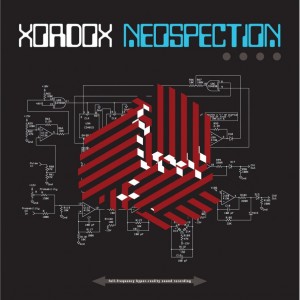 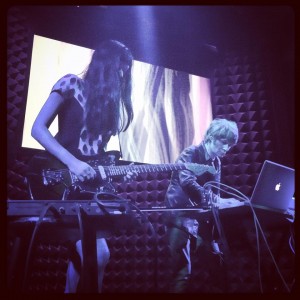 JG Thirlwell & Sarah Lipstate will perform on Valentines Day, Feb 14 2016 at National Sawdust in Brooklyn. In this instrumental duo project JG Thirlwell plays synthesizers and electronics while Sarah Lipstate (aka Noveller) plays guitar through a multitude of effects. The two are recording an album for release in 2016. Photo by Dustin Dis. 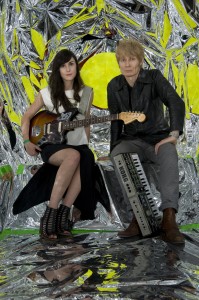 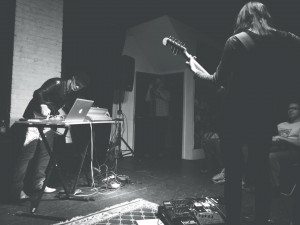 The duo of JG Thirlwell and Sarah Lipstate, which debuted with a rapturously received set at The Stone in NYC on 4/16/14, will make its second appearance at the New Media Art And Sound Summit in Austin, Texas on June 13. In this project, Thirlwell plays synthesizers and electronics and Lipstate (aka Noveller) plays guitar through a multitude of effects.

In addition, on June 14 at the same festival, JG Thirlwell will present a program of his chamber works using musicians from Texas. The program will include both old and new works, including a world premiere, and will be played by a string quartet consisting of Alden Doyle (violin), Laura Poyzer (violin), Stephanie Phillips (viola), Jen Mulhern (cello), with the addition of Brent Farriss on contrabass on several compositions. Photo by Javier Villegas.

JG Thirlwell is schedule to make a rare DJ appearance on July 12 2012 at You Are Here Festival (aka The Maze!), which will be held at Secret Project Robot in Bushwick, Brooklyn.
The art duo Trouble will build a gigantic maze into the gallery and have booked a month of performances inside of it. The festival consists of 4 weeks of performance and time-based arts events in the life size maze installation.
The evening JG DJ’s will feature performances by Miho Hatori’s New Optimism, Z’s , Bachanalia, Anne Liv Young. Subsequent nights of the festival will feature performances by Mick Barr, Lucky Dragons, Das Racist DJ’s, Hunter Hunt Hendrix’ Kel Valhaal, Loud Objects, Jack Quartet, Amen Dunes, Noveller and many more. You can read about the project on the Vice Noisy website, and even contribute to a Kickstarter with which they hope to fund a maze in Berlin.