JG Thirlwell + Ensemble will be performing at St Pancras Church in London on April 18 2020.
JG Thirlwell + Ensemble is a chamber group project initiated by Thirlwell in 2018. JG rearranged several pieces from the Foetus repertoire and one Wiseblood song with long time collaborator Simon Hanes (Tredici Bacci) for the instrumentation of harp, piano, viola, acoustic guitar/bass and drums. In February of 2019 they played two sold-out shows at National Sawdust in NYC.
The London iteration of the ensemble will include Manorexia alumni Angharad Davies (viola, violin), Tim Parkinson (piano) and Adam Morris (percussion) along with Thirlwell and Hanes. Tickets are available here

*UPDATE* Due to the global coronavirus pandemic, this show has been rescheduled to October 24 2020. 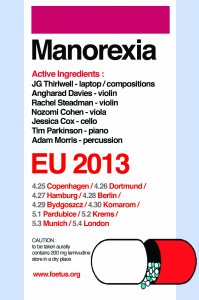 JG Thirlwell’s Manorexia will be embarking on a series of European dates this Spring. The shows are as follows 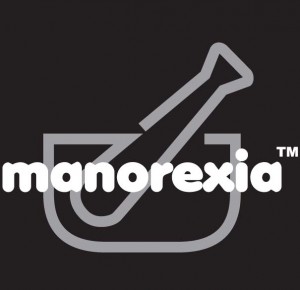 We regret to announce that due to severe mismanagement most of the Manorexia European tour has been postponed.

The other shows in the tour will be rescheduled for a later date. Sorry for any inconvenience and disappointment. 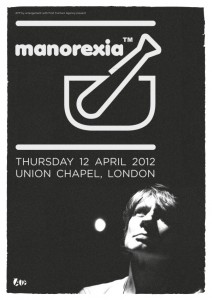