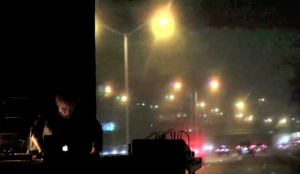 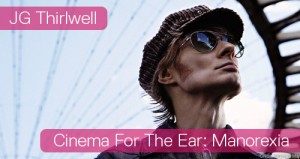 On July 11 2013 at 10pm, as part of the River To River Festival, ((audience)) presents JG Thirlwell’s Manorexia: Dinoflagellate Blooms at Tribeca Cinemas, 54 Varick St. This will be a rare opportunity to hear this classic album in the manner in which it was intended, in 5.1 surround sound in a darkened cinema. The composer will be present. Admission is free. To reserve a seat just RSVP at here.

((audience)) is a foundation established by Alexis Bhagat and Lauren Rosati in 2007, dedicated to the advancement of aural arts by providing wide distribution and new contexts for works by emerging and established sound artists and composers. ((audience)) explores the cinema as a 21st century concert hall.

Ken Jacobs’ film Seeking The Monkey King, which has a score by JG Thirlwell, will be showing in the Short Film Program at the Sundance Film Festival. The score is drawn and re-edited from the Manorexia album Dinoflagellate Blooms. The New York Times said ” “Seeking the Monkey King” is a reminder that, in a world of continuously streaming images, an artist like Mr. Jacobs challenges the tyranny of visual uniformity, and not simply with angry words. His work opens your ears and mind, and, simply put, has no like in the multiplex, the art house or even most festivals.” The film was just cited as one of the best of 2011 by Village Voice critic J.Hoberman.

The film will show at the following times in Utah:

The acclaimed, mindbending new album from Manorexia, “Dinoflagellate Blooms”, is now available as a download here . The 62 minute album contains 11 tracks. The download contains the stereo version of the album. If you also want the 5.1 surround sound version of the album you may purchase as a double disc set here. The album will be available on iTunes, Amazon and other digital retailers  soon.