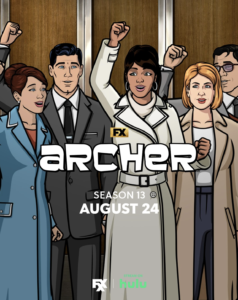 JG Thirlwell has been hard at work this year on the original score of Season 13 of the Emmy -winning animated TV show Archer. The premiere date has been announced, August 24 2022 at 10/9c on FXX. Episodes will be available to stream the next day on Hulu. Thirlwell began scoring the show at season 7.
Also, expect JG Thirlwell’s Archer soundtrack album, culled from seasons 7-9, to be released later in 2022. Go Team Archer! 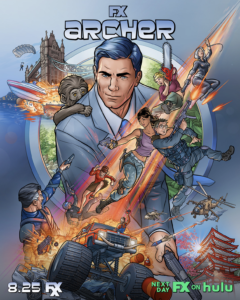 JG Thirlwell has been hard at work throughout 2021 composing the brand new musical score for season 12 of Archer. You can experience it on August 25 2021 when Archer season 12 premieres on FXX, streaming the next day on Hulu! Check out the trailer here.