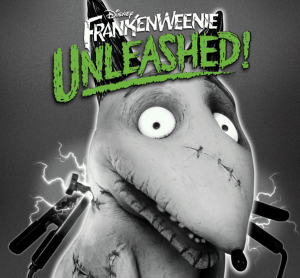 JG Thirlwell has produced a new song by Karen O for the new Tim Burton film, Frankenweenie. Entitled “Strange Love”, the song was written by Karen, who also sings on it, and was recorded and mixed at Vinegar Hill studios. The track features the talents of Jaleel Bunton (TV on the Radio) and Yusuke Yamamoto (Chin Chin).

Karen says of the track, “Tim [Burton] wanted an unconventional unconditional love song. My music inspiration came out of the same era of B movie fright film references sprinkled throughout the film. I went in the direction of exotica and calypso stylistically because it’s quirky, good vibes music of that era and when you throw in a theremin solo it’s a marriage made in heaven. I remember Beetlejuice introducing me to the genius of Harry Belafonte’s calypso record so I wanted to give a nod to that too. We ended up with a love song for the end of the film to the film! Frankenweenie is so special, it’s an unbelievable honor to be involved with it.”

The song, which will play over the film’s closing credits, will also appear on the Frankenweenie Unleashed! album, which features songs from and inspired by the film. The album also features songs by Neon Trees, Mark Foster , Passion Pit , Grace Potter feat. the Flaming Lips, Imagine Dragons , Robert Smith , Winona Ryder and many more. The film’s original score is by Danny Elfman.