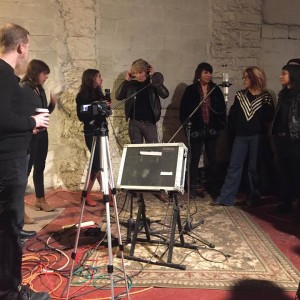 On Jan 17 2016 JG Thirlwell worked on a track with Dana Schechter (Insect Ark, Bee and Flower, Angels of Light) for a project celebrating the 35th anniversary of BC studio in Brooklyn. Helmed by Martin Bisi, the project brought together many musicians from the studio’s rich history over two days at BC to create music before an audience, which will become a digital album given to supporters of Bisi’s Kickstarter fund to cover medical expenses for injuries he received while being mugged last year. Dana and JG recorded a backing track which we augmented with an impromptu choir made up of the audience and Laura Ortman played some violin.
The total amount of satisfied clients is almost 100%. Surely not all return since some just need it as “one time thing” for fun. But we never had complaints on this one. Levitra Online is the best known treatments based on cialico.com so far. We always recommend it since it is already many years on the market. Feel safe making it your choice, but always follow the instructions and precautions.