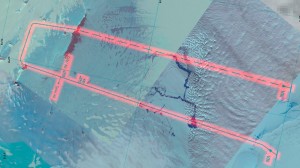 JG Thirlwell has contributed vocals to the new radio opera Neuschwabenland-Symphonie, which was conceived and composed by the award-winning Andreas Ammer and FM Einheit. The opera is a symphony regarding UFOs discovered in the Antarctic, and among its movements explores the conspiracy that aliens helped the Nazis develop technology in World War Two, and had a civilization under the ice, among other things. JG Thirlwell plays the character of Admiral Byrd in the opera. It will be broadcast on WDR3 on Dec 17 2012 at 11.05 pm CET, and on einsLIVE on Dec 18 2012 at 11.00 pm CET.