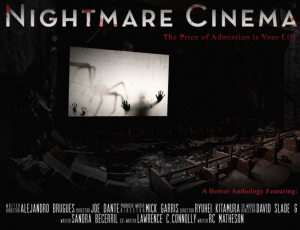 Nightmare Cinema is an anthology of five short horror films directed by Alejandro Brugues, Joe Dante, Mick Garris, Ryuhei Kitamaru and David Slade. JG Thirlwell created the original musical score for the David Slade section of the film, which has its New York premiere on November 29 2018 at the NYC Horror Festival at 7pm at Cinepolis Chelsea. The film will be getting a theatrical run in 2019. Tickets available here