A number of confusingly-named compact disc reissues of Slut were released in the mid-1990s, bulked up to album-length with numerous bonus tracks. The Thirsty Ear CD re-issue, released 10 Feb 1998, also changed the artist credits to MARC ALMOND & FOETUS, though the title remains intact. The change is due to the added tracks from Thirlwell + Marc Almond collaborations (as opposed to the Almond tracks that appeared on the Some Bizzare re-issue), which are: Love Amongst The Ruined / Burning Bloats / A Million Manias / Beat Out The Rhythm On A Drum

04. Love Amongst the Ruined

* Performer: Marc and the Mambas

* Featuring: Clint Ruin (as Karl Satan and the Transvestites from Hell)

07. Beat Out That Rhythm on a Drum

* Performer: Marc and the Mambas

The Flesh Volcano was a side project of singer Marc Almond and JG Thirlwell. The Flesh Volcano’ sole release was the Slut EP, which was expanded to album length in a number of reissues. Almond and Ruin were formerly bandmates in The Immaculate Consumptive.

No insert was included with the original 12″ release.

Reflex magazine’s discography stated this was initially released in February 1988.

Burning Boats credited on the Some Bizzare CD re-issue as being from The House Is Haunted (By The Echo Of Your Last Goodbye), and also appears on the the ANNIE HOGAN Plays Kickabye 12″EP (see below).

A Million Manias credited on the Some Bizzare CD re-issue as being from the MARC & THE MAMBAS Torment & Toreros release, which is incorrect, as this version is the 10:16 version. Suspicion is that it is the MultiManiaMix from the MARC & THE MAMBAS Torment 12″, but without timing it one cannot be sure. Thirlwell does sing background on both versions, though.

This sildenafilhealth.com allows you to stabilize the condition for some time. So, sometimes this drug can save the woman’s life (and not just the man’s reputation). But as any other drug, Viagra Online can be used only on the doctor’s prescription to avoid harmful consequences.

Slut is a re-edited version of SFOTW’s Smut from the Ramrod 12″, or vice-versa.

Note that on the ‘Slut’ 12″ side 2 plays at 33 RPM; the tracks on the CD are the 45 RPM versions, and in this form Bruisin Chain is a re-edited vocal version of the FOETUS ALL-NUDE REVUE Rattlesnake Insurance from the Bedrock release, and The Universal Cesspool is a vocal version of the first half of Diabolus In Musica from the same release (the second half being used on the soundtrack to LYDIA LUNCH’s The Gun Is Loaded video).

Note that Burning Bloats is from the ANNIE HOGAN Plays Kickabye 12″EP, and was titled Burning Boats (sic). 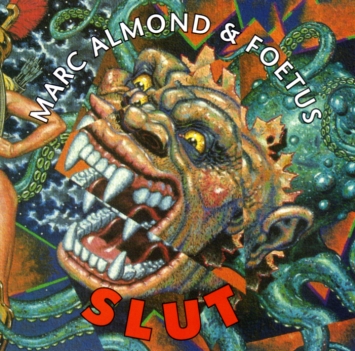