In the booklet: “Manorexia II: The Radiolarian Ooze”

On the CD: “Manorexia II” Refers to the fact, that this is the second album by Manorexia.

From the back cover: “Certain musical elements on this album may cause the listener to believe this disc is faulty”

Below the tracklisting on the back cover there is a barely readable note possibly referring to the last track: “(suffered as a result of anguish during the course of the search for the airplane girl… or someone just like her)”

The Radiolarian Ooze is the second album from Manorexia. It was released in 2002 by Ectopic Ents.

Like its predecessor, Volvox Turbo, The Radiolarian Ooze is self-distributed by J. G. Thirlwell and sold exclusively at the Official Foetus Shop.

Eerie soundscapes and warped ambience from that nice Mr Foetus.

ONE OF these days someone will make a film that is sufficiently surreal and macabre to suit the harrowing strangeness that continues to emanate from the dark recesses of JG Thirlwell’s skull.  Manorexia, like the maverick loon’s Steroid Maximus project, make soundtracks for your filthiest dreams and most disturbing nightmares.

Best listened to on headphones, in a room lit only by powerful, eye-popping strobelights, The Radiolarian Ooze is as warped and compelling as any of Thirlwell’s Foetus output, and twice as unfathomable.  If only the countless lesser talents who trail in the great man’s wake had this much imagination; sounds with this much evocative power and atmospheric intelligence are woefully few and far between.
Original source: Kerrang!, Dom Lawson 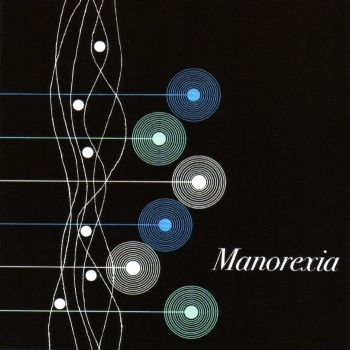