06. Diabolus In Musica (edited from Bedrock)

09. Rattlesnake Insurance (as on Bedrock)

11. Spit On The Griddle – The Drowning of G. Walhof (by Foetus Eruptus previously unreleased)

12. Anxiety Attack (by Scraping Foetus Off The Wheel, previously unreleased)

Sink is a Foetus Inc compilation album first released in 1989 on Self Immolation/Some Bizzare and Wax Trax! Records. It compiles rare and unreleased songs from various Foetus projects from 1981–1989. Many of the rare tracks on the album have been edited shorter than their original length.

Sink is Foetus’ final Some Bizarre record and Wax Trax! debut. It saw release again in 1995 thanks to Thirsty Ear’s effort to reissue the Foetus catalogue. All versions’ liner notes contain an up-to-date Foetus discography.

Sink is Self Immolation #WOMB INC 6.

Boxhead also appears in the same form, and Ramrod and Smut appear in their original form on the Ramrod 12″.

Sick Minutes also appears in its original form on the Finely Honed Machine 12″.

Halo Flamin Lead also appears in its original form on the various artists cassette Mad Mix 2, as well as on the bonus 12″EP included with initial US copies of the Hole LP.

OKFM also appears in its original form on the Spite Your Face / OKFM 7″.

Wash (It All Off) also appears in its original form on the Wash / 333″ 7″; it was also re-recorded for a John Peel radio show done in December 1982 (available as a bootleg item), as well as re-edited on the Wash / Slog 12″ – it has been further re-edited here.

(Today I Started) Slog(ging Again) also appears in its original form on the Deaf LP as well as on the bonus 12″ that came with initial US releases of the Hole LP; it was also re-recorded for the same John Peel radio show as Wash (above).

Wax Trax!’s discography stated this was initially released in October 1989.

Reflex magazine’s discography stated this was initially released in April 1990.

Always spitting back in the face of the world that frustrates him, Jim Thirwell has obviously been watching late-night TV ad spots and purchased a guide to entrepreneurial success; he’s slapped on a new coat of paint and created a sci-fi condo from the rentals of his lengthy career. Rather than cover other people’s music for the retro cash-in, he endorses only himself, borrowing and remixing the many styles of music in the Foetus catalog. A composer, performer and producer extraordinaire, Mr. Thirwell chose the track listing himself for this double LP collection-previously released and unreleased material-and offers with Sink a musical slide show of the developing Foetus over the last five stages. Each side explores a particular emotion, from bawdy cabaret swing (Bedrock) to monkish serenity (Lilith), industrial form (OKFM) and techno (Catastrophe Crunch). This project provides a superb new sequence of the many faces of Foetus without sounding stylistically disjointed; for the uninitiated as well as longtime fans, this is a definitive best of collection from the source himself. Look for a Blue Oyster Cult tribute tune with Lydia Lunch and his alter ego, Clint Ruin, to surface soon. 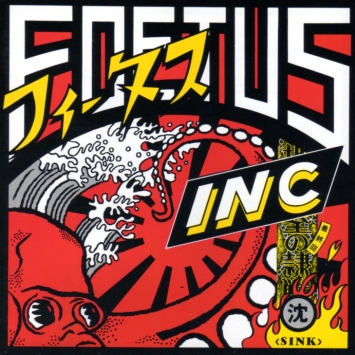