A1 MIX ASSISTED BY ROLI MOSIMANN

“Butterfly Potion” also appears on the various artists Industrial Revolution release, in video form on both the various artists Twelve O’Clock High, Volume II and Wax Trax! First 13 Years videos, the Foetus In Excelsis Corruptus Deluxe Male release, the various artists Black Box release, and as background music in Casandra Stark’s We Are Not to Blame video. This EP, issued on both 12″ vinyl and CD, was the second and final Foetus record for Wax Trax!

“Your Salvation” also appears on the Foetus In Excelsis Corruptus Deluxe Male release.

“Free James Brown (So He Can Run Me Down)” also appears on the various artists A Wax Trax! Sample #2 cassette, the Foetus In Excelsis Corruptus Deluxe Male release, and the Feedus Foetus bootleg LP.

No lyric sheet was provided for any releases, and the 12″‘ers didn’t have any sort of insert.

Directed by Jim Spring/Jens Jurgensen, from the e.p. “Butterfly Potion” 1990.

Following in the shadow of his retro resurrection of the ghosts of Foetus past, this single is comprised of new material and gives us a peek at the musical animation series that is Foetus present, this time Incorporated, and in the world of the Ninja turtle. The midtempo drive of guitar and vocal angst on “Butterfly Potion,” the nationalist drone of “Your Salvation” and the speed-driven assault of instruments on “Free James Brown (so he can run me down)” builds the wall in which Jim Thirwell superimposes B-grade horror matinee tinkerings with the keyboard and treated voice samples. Imagine Fritz Lang’s Metropolis with Japanese subtitles being shown in Red Square with this as its soundtrack. 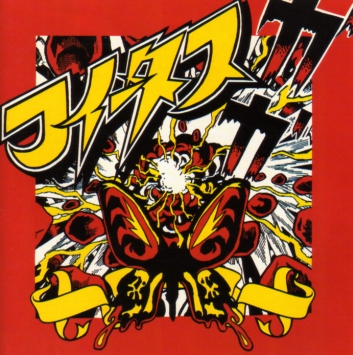