In 1993, a year after the album hit stores, the Male performance was released as concert film on VHS by Self Immolation/Atavistic. Instead of a straight video of the concert, the Male film applies simple video effects to the raw footage. A DVD version of the film was released by Music Video Distributions in 2003.

* Death Rape 2000, Stumbo, and Someone Drowned in My Pool originally by Thirlwell’s Wiseblood project.
* Faith Healer is a cover of The Sensational Alex Harvey Band.
* Behemoth is a cover of TAD.
* Puppet Dude is a reworked cover of Elton John’s Rocket Man.

The renaissance man of the underground, Jim Thirwell’s body of work is not only large but also diverse, given his roles as musician, producer, label owner and artist. Using different pseudonyms to delineate each direction, Thirwell not only changes hats from project to project but also within projects. This live benediction abridges his achievements, gathering many of his long-time collaborators to perform selections pulled from 10 years of work. Monstrous production transforms the soundboard at CBGB into a clean, colorful explosion of high frequencies and low magnitudes. Thirwell’s vocals growl heinous exclamations against a voluptuous background, created by the sticky keyboards of David Ouimet (ex-Cop Shoot Cop), the unconventional violin of Hahn Rowe (Hugo Largo) and a group of ex-Swans: Algis Kizys (also Of Cabbages And Kings) on boundless bass, Norman Westberg (also Sugartime) on frivolous guitar and Vinnie Signorelli on drums. Traveling over the top, each element explodes into a gluttonous frenzy – an excessive musical extravaganza that makes you want to scream along with the overpowering obliteration. 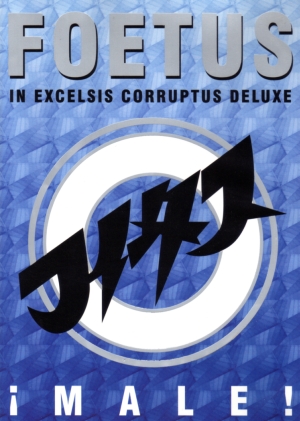