* Be Thankful
* Butter
* Into the Light

All tracks written by J.G. Thirlwell

Pre-Production at Self Immolation Studios, Brooklyn

Recorded and Mixed at Unique, NYC

The Heresy Horns Arranged by STEVE BERNSTEIN and J.G. THIRLWELL

Gash is a Foetus album released in 1995 by Sony/Columbia. Gash is the only Foetus album to appear on a major label and their most widely-distributed, with releases in North America, Europe, and Japan. Gash is Columbia Records #CK 66461.

Be Thankful, Butter and Into The Light appear only on the Japanese versions of Gash, and are taken from the Null release (and for that matter, those three tracks, plus Friend Or Foe also appear on the Null/Void release).

The Alex Winter credited with photography is half of the famed Bill & Ted film duo (though I have no clue which guy he was – Bill or Ted…).

If one (carefully) removes the CD tray, there is a picture of Thirlwell underneath (which he claims was taken when he was thrown out of a strip club in Times Square).

Since the early `80s, Jim Thirlwell and his various monikers (including Scraping Foetus Off The Wheel, Clint Ruin and Steroid Maximus) have been pushing the industrial envelope to the breaking point, taking the genre into new, unheard-of and unimagined directions with each successive release. With Gash, he’s outdone himself once again, toying with the textures and rhythms of big band jazz to supplement his artful chaos. While still a faithful master of the shredded vocal and densely layered guitar torrent-conventions established by Foetus long before Ministry or Nine Inch Nails were even a glimmer in the genre’s developing eye-Mr. Thirlwell is also a boundlessly clever experimenter, bringing together seemingly incongruous sounds, instruments and styles into a powerfully cacophonous whole. Mighty Whity and Verklemmt are more straightforward, visceral Foetus hoe-downs, while Hammer Falls uses a sitar, some crashing drum noise and gargantuan tuba squonks to paint its sinister picture. Slung and Steal Your Life Away are full-blown swinging jazz numbers, complete with muted brass and upright bass. The space in between these two disparate styles is the knowingly dark and frightening zone Foetus creates, shredding musical convention like paper.

Finally swept into major-label clutches in ‘95, Foetus spewed up Gash, a magnificent chopper of industrial gruesomeness, vintage horn jazz (check the eleven-minute extravaganza Slung for snappy music your grandparents would not condone), sly samples and what can only be described as the string-laden lullaby of hell. Presumably working with the first big studio budget of his career, Foetus gets it all in the grooves, lashing together an eclectic collection as advanced and ambitious as anything he’s done. -Trouser Press 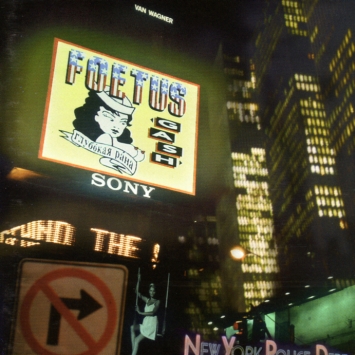