Remix albums are, by nature, a difficult and often unloved breed; they’re generally only purchased by fairly rabid fans, but those fans are often less than receptive to the liberties remix artists take with their favorite songs. Blow, which is intended to be a companion piece to Foetus’s newish Flow, is a different — and entirely more successful — animal. Perhaps it’s because Blow was developed in tandem with its parent album. Perhaps it’s because Foetus guy J. G. Thirlwell is no stranger to the world of remixes. Perhaps it’s because of the album’s list of stellar remix/production talent, which includes Amon Tobin, Kid 606, DJ Food, Phylr, Pan Sonic and the Young Gods’ Franz Treichler. Most of all, however, credit goes to Thirlwell’s inimitable style; between his distinctive and forceful delivery and the sheer bombast of his musical compositions, it’s unlikely that any remix artist could quell the music’s fundamental Foetusness. Thus, while the assembled producers take Thirlwell’s hellish cabaret in new, intriguing, and sometimes predictable (care to guess what Kid 606 does with “Shun”?) directions, it never stops being what it always was. A few of the remixers go a little too heavy on their trademark “additional production” (stand up, Amon Tobin), but in general their efforts pay off, saving Blow from cruel jokes about its title. 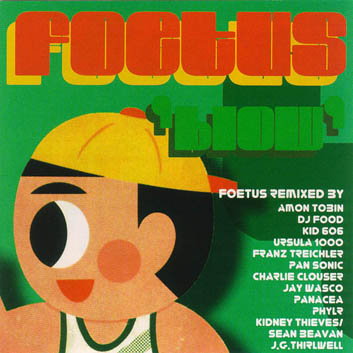