THIS IS A TWELVE INCH 45RPM SINGLE

A SOME BIZARRE/SELF IMMOLATION ENTERPRISE

DISTRIBUTED BY THE CARTEL

IF YOU’RE GONNA GET DOWN – GET DOWN AND PRAY

Both tracks appear in edited form on the Sink release.

The JP pressing with catalog # YW-7423-AX is a promo/sample pressing,
though physically it appears the same (sleeve art etc).

The Holland Dozier and Holland of Hardcore!  Forget disease, forget the vermin serum, forget the wonderful wasted living on the sleaze line chic.  Forget the ‘we all have to suffer in the war on pop’ claims of the fanatics.  With the manic, drilling, stabbing sensurround of F.A.T. your fears are at an end.  What a funny, misleading acronym to be sure.  Seldom has there been a record more finely pared to the bone.

In the best, truest sense of the world FAT has a rock ‘n’ roll heart.  There are no stated tinges of satisfaction on this record – a full frontal assault on stamina and desire – just a head full of crazed dreams, wild connections, explicit and determined fantasies.  But even as he drenches himself in the style and fury lost and found at various points during the last three decades – thrashing the Memphis Flash, ‘Good Times’ rap mix splattered and tormented to submission – FAT displays a mastery of studio technique that would put any number of competitors, in any number of areas, to withering shame and envy.  He has it all down in terms of echo, impact, attack and overlay. Nothing is overplayed, everything is lethal, could be the motto here. 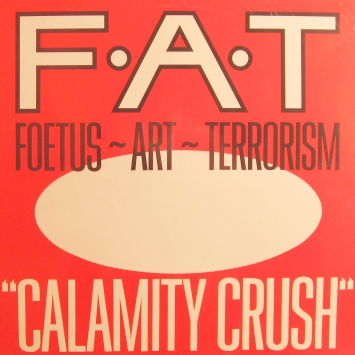