All tracks written by J.G. Thirlwell

Recorded and Mixed at Unique, NYC

“Verklemmt” appears in the same form on Gash, the Verklemmt / Be Thankful 7″ picture disc, and the CMJ #20 CD.

The 12″ came with a lyric sheet insert, and the CDEP’s lyric sheet was part of the fold-out jewel case insert.

Over the past decade and a half, Jim Thirlwell (a k a Foetus) has not only recorded over 15 releases mainly as a one-man band, with the occasional assistance of other noted musicians, but he has also assumed the role of producer and remixer for many established acts, such as Red Hot Chili Peppers, Pantera, Nine Inch Nails, EMF, Nick Cave and White Zombie. Touching on everything from dance, metal and rock to big band, jazz and surf the eccentric Foetus sound is a difficult one to describe, but “Verklemmt,” the first single on both the Null EP and the band’s forthcoming full-length album Gash, leans more toward the heavy, darker side of the musical spectrum with loud, distorted bursts of crushing chaos layered within an explosive mix of gruff, evil vocals, wailing guitars and hard techno beats. The EP also features two different extended mixes of “Verklemmt” and an additional three tracks that will not be included on Gash: the sonic gnash of “Be Thankful,” the spattering blast of “Butter” and the eerie, luminous glow of “Into The Light.” 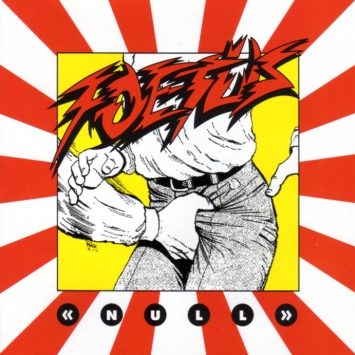