JG Thirlwell’s new musical project is Xordox. This is the first album entitled Neospection, released on the highly respected and influential Editions Mego label. Neospection is predominantly a synthesizer record, recorded at Self Immolation studios in Brooklyn, although it also includes overdubs of Buchla and Serge synthesizer created during Thirlwell’s residency at the legendary EMS Studio in Stockholm. The album features Noveller’s Sarah Lipstate on guitar on three of the eight tracks.The CD version contains 8 tracks, while 7 tracks appear on the vinyl LP version. The vinyl also comes with a download code so the buyer may obtain the full album digitally.

All songs composed, performed and recorded by JG Thirlwell at Self Immolation studios
Sarah Lipstate – guitar on 3, 5 and 6 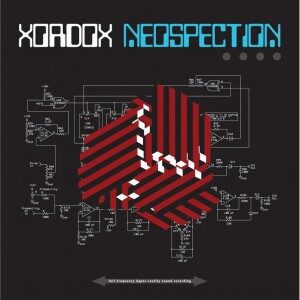