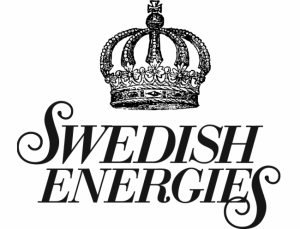 JG Thirlwell will make a rare DJ appearance at the Swedish Energies Festival in NYC on Dec 4, 2015. The series brings together a wide-ranging international lineup of visionary electronic and improvisational musicians spanning genres of sound and visual art. The Festival is presented by Issue Project Room and the Consulate General of Sweden in New York and will take place at St Vitus in Greenpoint, Brooklyn. The line up on Dec 4 includes John Duncan, freq_out alumnus Jana Winderen, SØS Gunver Ryberg, Saturn and the Sun and a tape piece by Åke Hodell  from the EMS archives presented by Mats Lindström with DJ JG Thirlwell. On the subsequent evening the festival continues with Asplind, AlmgrenRecén, Koch with Mats Lindström, Hild Sofie Tafjord, Tommi Keränen, Ragnhild May, Lukasz Szlankiewicz and DJ Ryan Martin of Dais Records. Admission is free on both evenings. 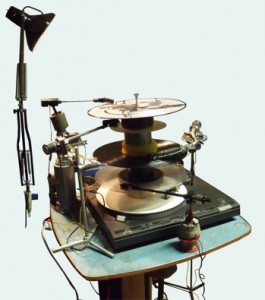 JG Thirlwell has been invited by EMS (Elektronmusikstudion / Electronic Music Studio of Stockholm) to participate in the second annual Swedish Energies festival, presented by Issue Project Room, iDEAL, EMS, and the Consulate General of Sweden NYC. It is a free two-night festival on Nov 30-Dec 1 2012, featuring a huge lineup of some of Sweden’s most exciting experimental musicians and artists. Performances include collaborations between U.S. and Swedish artists, as well as a cross-section of Sweden’s most pre-eminent experimental groups.
JG Thirlwell will collaborate in a performance on Nov 30 with Vinyl Terror and Horror, aka Camilla Sørensen and Greta Christensen.  Vinyl Terror and Horror have worked together since 2001 modifying, deconstructing and reconstructing turntables and vinyl records , resulting in amazingly detailed and well executed noise compositions, performances and kinetic installations.
The evening will take place at the Clemente Soto Velez Center at 107 Suffolk Street, NYC and will also will feature performances by Christine Ödlund (S), Mats Lindström (S), Rolf Enström (S) and Aki Onda & Lise-Lotte Norelius (JAP/S), and continue the following evening performances by Anastasia Ax, Hild Sofie Tafjord, The Gagmen and many more. 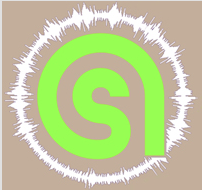