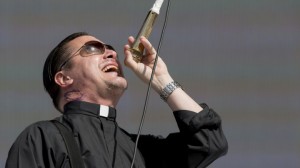 JG Thirlwell just completed a remix of a new song by Faith No More, which be released on a single preceding their first new album in 18 years. Entitled “Motherfucker”, the single will come out as a seven inch on Reclamation thru Ipecac Records on November 28 2015, with the band version on one side and the JG Thirlwell remix on the other.