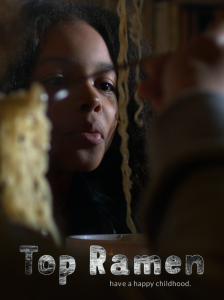 JG Thirlwell has created the original musical score for the short film Top Ramen, which will premiere on Sunday, May 13th at 2PM at the Beverly Hills Music Hall in Los Angeles as part of the IFS Film Festival. Tickets are available here.

Directed by Rebecca Hertz, Top Ramen was inspired by a true story, starring Tracie Thoms as a protestor whose activism lands her in jail, forcing her two young daughters to fend for themselves.