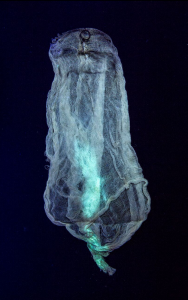 JG Thirlwell is composing a new musical score to Tony Oursler‘s film project Imponderable, which opens at the LUMA Foundation in Arles, France on July 6, 2015. Imponderable is a two part project composed of a book and film, based on Oursler’s personal archive of photographs, publications and unique objects, tracking a social, spiritual and intellectual history dating back to the early 18th century.

The 4D film Imponderable gives voice to the archive, focusing on a small group of important images involving a very personal family story with very public characters; it explores the contrasting and overlapping belief systems implicit within his grandfather’s engagement with the debunking of paranormal activity in the ’20s.

The film will show as a site specific installation at LUMA until September 20.