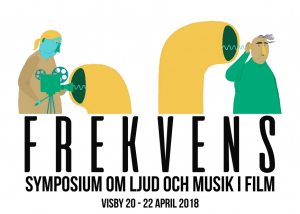 JG Thirlwell has been commissioned to direct and score a short  film by the Gotland Film Lab in Sweden. Thirlwell is shooting the film in the New York area with director of photography Sebastian Mlynarski. The film will premiere at the Frekvens Symposium on April 22 2018 in Visby, Gotland, with Thirlwell in attendance to introduce the work.