Box 1985 Self-Immolation / Some Bizarre #FOE1 Made in the UK

A box to hold all the Foetus vinyl releases that had been issued up to that point on Some Bizarre, and included a shrink-wrapped black t-shirt with the shield design printed on it.

The image printed onto the center of the front of the box is 5 1/8″ x 8 1/4 “.The rest of the box has a black background with a barely-visible dark red design. If you look closely, you can see what appears to be one or more faces, to the left of the center image.

A Self-Immolation newsletter stated this was forthcoming in Feb 1985.

Reflex magazine’s discography stated this was released in Nov 1985.

A Some Bizarre LP insert stated the re-issue was forthcoming in Spring 1986, though it was never re-issued.

Limited to 836 pieces made, exactly enough to break even, and the one and only release to make the UK pop charts without having a musical recording included. 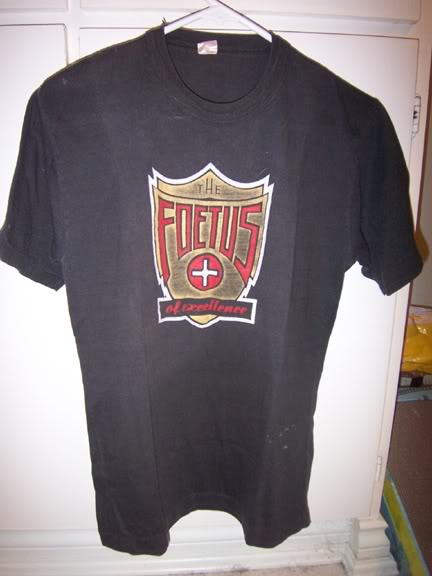 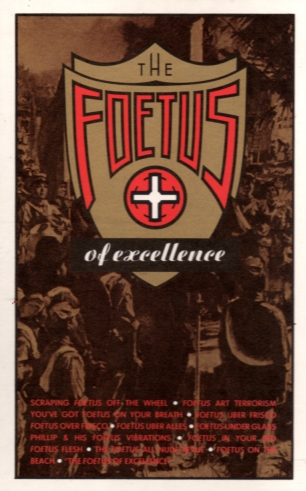