CD Nov2006 Ectopic Entertainment EctEnts028 Made in the US

05. Shrunken Man [05:00]
This is a radical reinterpretation of a song by The The; it was commissioned by JGT’s dear pal Matt Johnson and previously only appeared on the very limited The The Interpretations EP.

06. Mine is No Disgrace (w/Melvins) [08:23]
JGT’s collaboration with the Melvins; it previously appeared on the Melvins The Crybaby album.

09. Paging Dr Strong (w/Rotoskop) [03:50]
This track previously appeared on the Rotoskop album revolution:lost, but this is the raw demo version with a different mix. *previously unreleased.

11. Sieve [05:00]
This was performed by versions of the Foetus live ensemble for a couple of tours. Initially written as a live track, this is the first time a studio version has existed. It is newly recorded. *previously unreleased

Damp is a compilation album by Foetus, released in 2006 by Ectopic Ents. Officially called a “satellite appendix” album, Damp collects previously-unreleased material written since 2003; new recordings of rare Foetus material; and tracks written by and/or featuring The The, Melvins, and Rotoskop. The album is self-released by Thirlwell through the official Foetus website.

Thirlwell helped kick start when he started spreading the news from Berlin to British labels in the ’80s. Damp is a retrospective limited to Thirlwell’s work as Foetus covering the last three years. Like Neubauten’s own retrospectives, there is a huge emphasis on not including previously released material and instead offering new takes and versions of familiar tracks and as much brand new material as possible. This is perfect for a Foetus fan like myself, despite owning most of the albums, I do not feel the urge to buy every compilation, EP or collaboration and as such I only already own one song out of the dozen featured on Damp.

Many of the songs here continue the lounge, big band and film noir vibes that have always been staples of the Foetus repertoire. The more industrial sounding elements have been pushed aside; it is only when the Melvins provide the music on “Mine is no Disgrace” that it sounds like older Foetus releases but the Melvins make it far more evil. On a side note, it would be interesting to see a full album collaborating with the Melvins as they suit each other perfectly. Lyrically, Thirlwell still packs a solid punch as over the course of the disc he sings about hating, dirty sex and disease, andraping nuns: themes employed by lesser artists as cheap shock gimmicks but they feel like they have more weight to them on a Foetus record.

Damp acts extremely well as a sister album to 2005′s Love, it’s not surprising as a sizeable portion of Damp was recorded during the same sessions. Playing the two discs one after the other highlights the similarities between the two but this release is perfectly capable of standing on its own two feet. “I Hate You All,” “Not in Your Hands,” and the epic “Cold Shoulder” make it obvious that Thirlwell still has buckets of ideas and talent to use. By far the jewel in Damp’s crown is the gorgeously melancholic “Chimera,” which is quickly becoming my favourite Foetus song. Considering how strong the pieces from recent years have been, I might review my Foetus purchasing arrangement as I normally concentrate on the main Foetus albums. Now I think I should be picking up any EPs or Thirlwell-related side projects that I come across.

As well as newer material, there is some reworked older material included. There is a new version of “Into the Light” from the Null EP as well as the cover of The The’s “Shrunken Man,” which appeared on the Shrunken Man Interpretations EP years ago.

To be honest, I am surprised that I enjoy this album as much as I do, even after I loved Love so much. Damp is a fantastic disc, showing that Foetus is not only still as strong as ever but I feel he is surpassing himself.

“Tension-laden work such as this confirms for me once again that Thirlwell has plenty of  tricks still up his devilish sleeve….the more complexity Foetus has, the better it works and  DAMP is indeed one complicated fiend to have in your collection. Think I’ll go play it again.” paraphrased from review by Peter Marks at releasemagazine.net

Unreleased material from the last two years available from www.foetus.org

Although this album comprises material which never made it to his “proper” releases, JG Thirlwell aka Foetus has an exceptionally high standard of cast-off. You might descibe this as “Baroque Brutalism”. He plays out his red-raw lyrical aggression (“I feel I could rape a nun” he declares excessively at one point) against backdrops of grandly warped orchestral bombast. Opener “I Hate You all” is set to a stylish 50s big band accompaniment that only exacerbates the songs anti-nostalgic perversity, while instrumentals such as “Cold Shoulder” sweep majestically between extremes of noise and near-silence.

THE WIRE review by Edwin Pouncey

Foetus (aka JimThirlwell) returns with a compilation of previously unreleased tracks. It starts with a big band bang and ends with a 16 minute instrumental. In between are stacked collaborations with pals like Matt Johnson of The The, Jim Coleman and the Melvins, whose “Mine is No Disgrace” is the perfect stoner response to Yes’s “Yours is No Disgrace” prog anthem. Thirlwell howls like a wounded animal, producing one of this collection’s highlights. Damp is a valuable introduction for anybody yet to step into his precarious but surprisingly cinematic musical dimension. 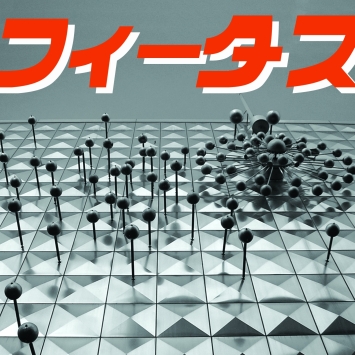